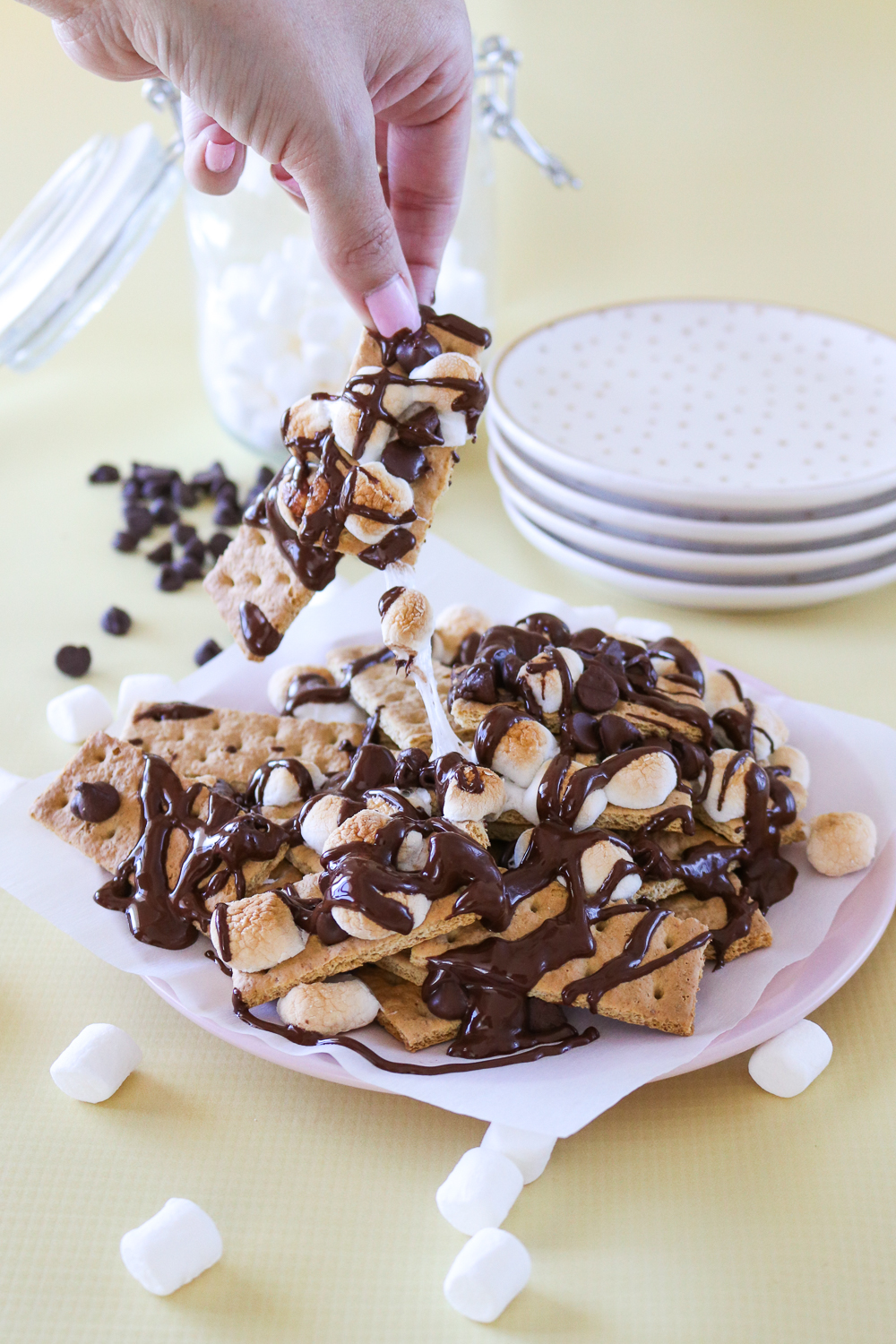 ARE YOU GUYS READY FOR THIS?!

I’ve been waiting for the right time to share this idea for s’more nachos with you all for way too long! I mean, I love cheese, so regular nachos are pretty fantastic, but I thought traditional nachos were in need of a simple sugary update. Thus, s’mores nachos were born with graham cracker “chips,” toasted marshmallows and melted chocolate. They’re gooey and messy and delicious all at the same time, and they’re a fun dessert appetizer for parties or just because. 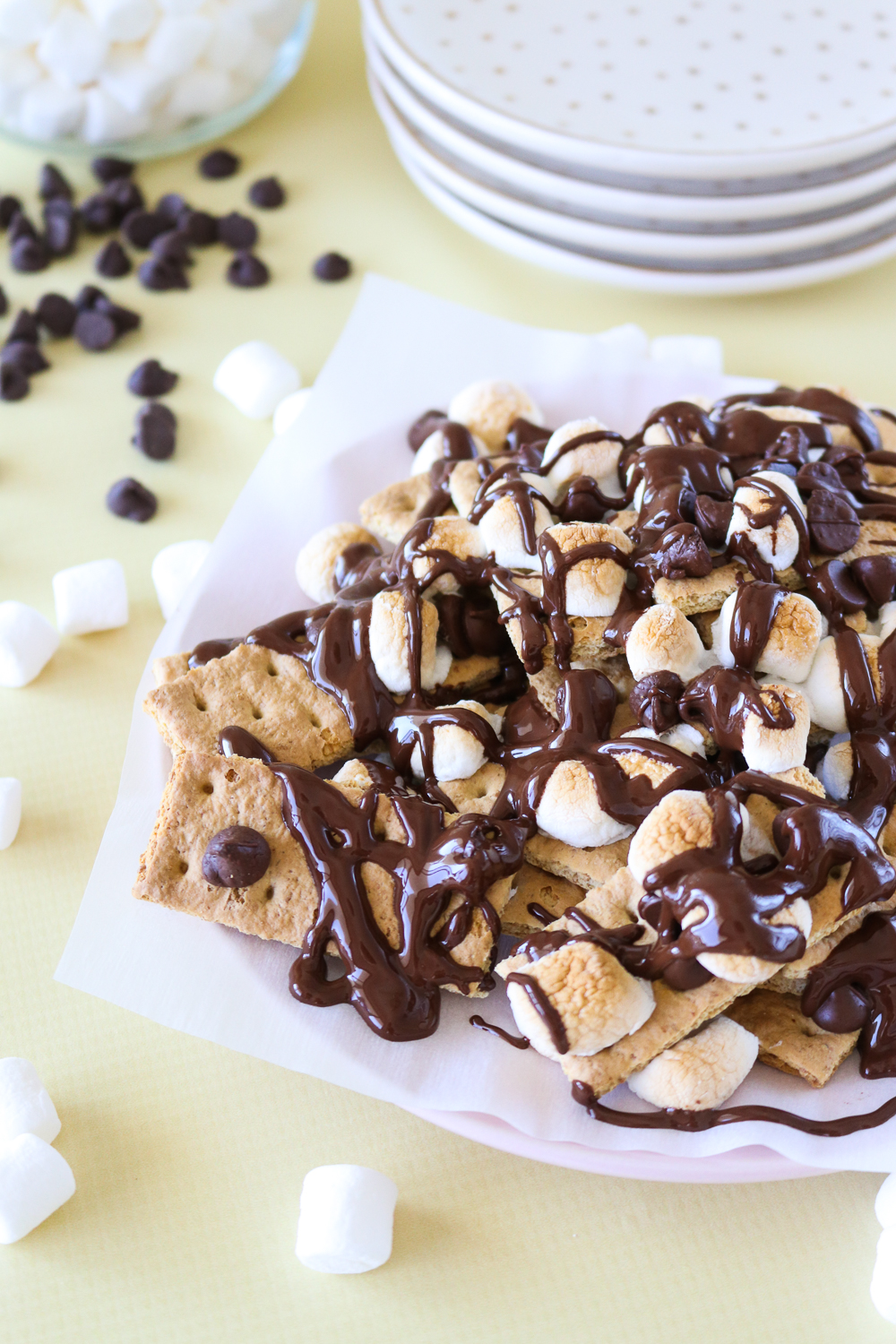 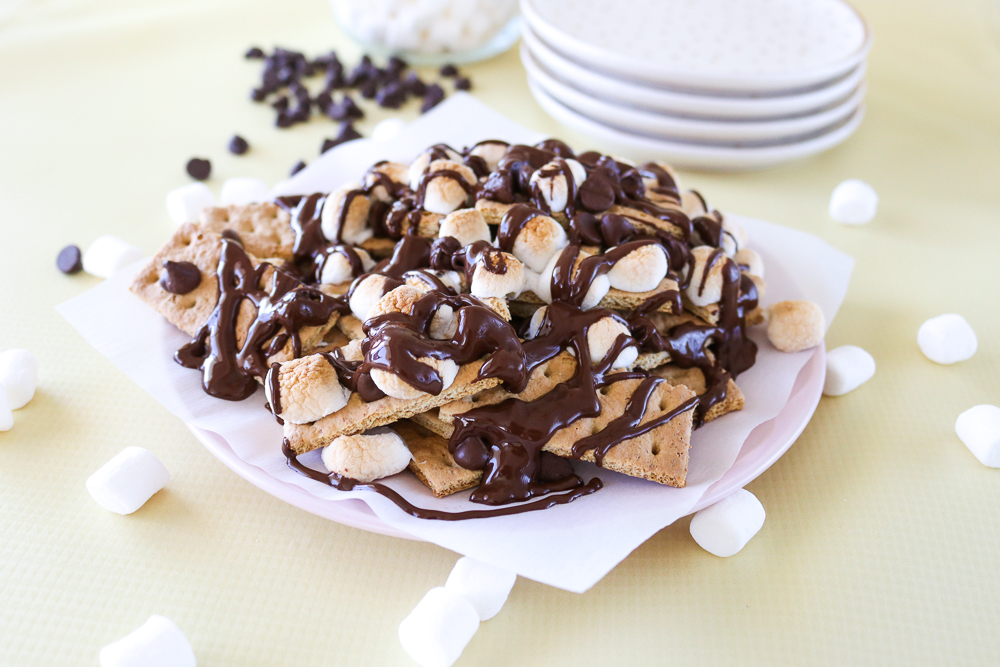 As you can see, these are pretty self explanatory.

You can whip ’em up in just a few minutes and serve to kids or adults. Get the amazing taste of toasted s’mores without the work, and serve it up in bulk. Plus, take it a step further and add even MORE toppings!

I think I see more dessert nachos in my future…

To make the marshmallows nice and toasty, I layered the graham crackers in a pile on a sheet of parchment. Then I sprinkled mini marshmallows all over as well as a few chocolate chips and popped it in the oven for about 4 minutes while the oven heated up. Just as the marshmallows puffed up, I turned on the broiler and cooked the nachos for another 3-4 minutes until lightly brown. Lastly, I drizzled melted chocolate all over! 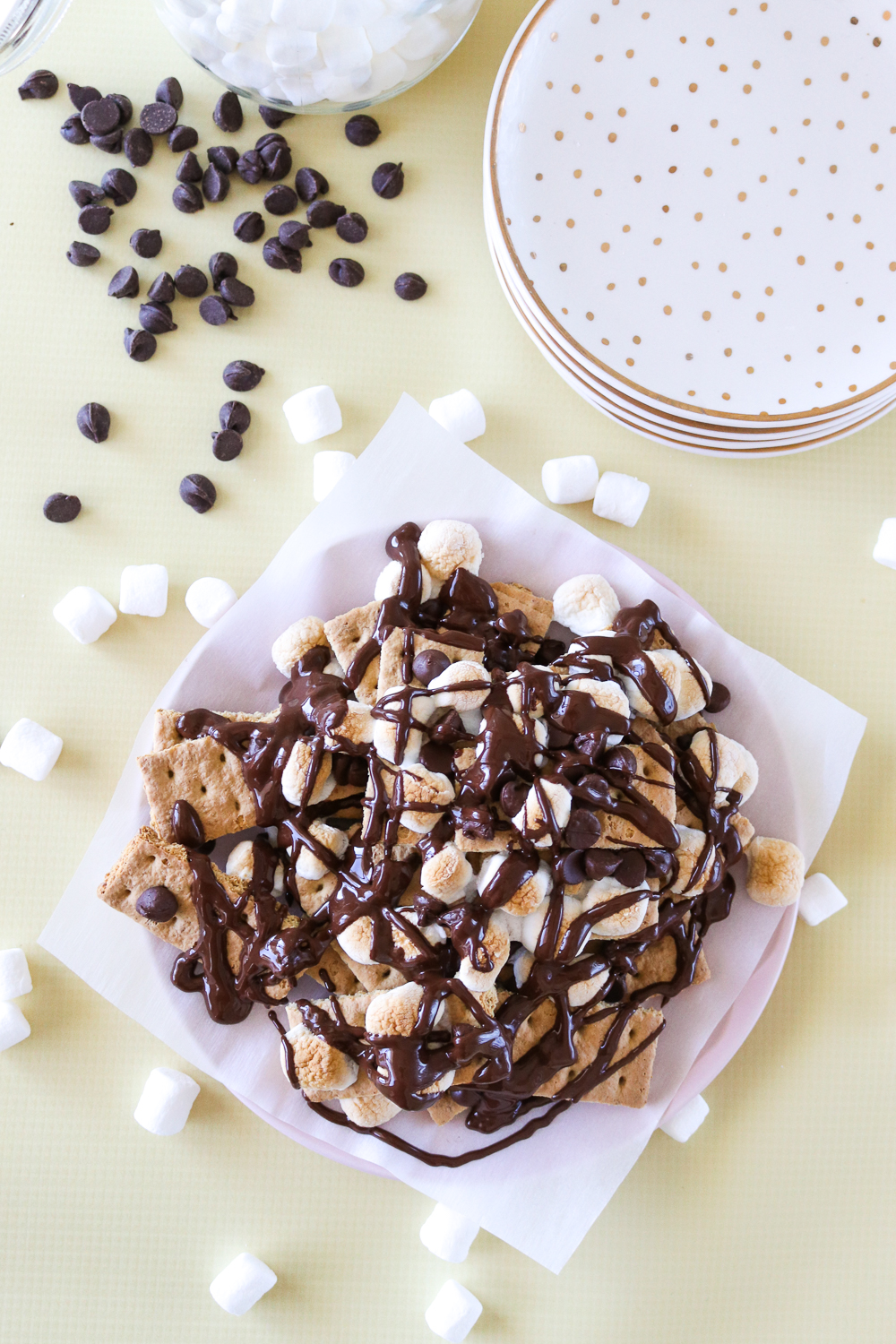 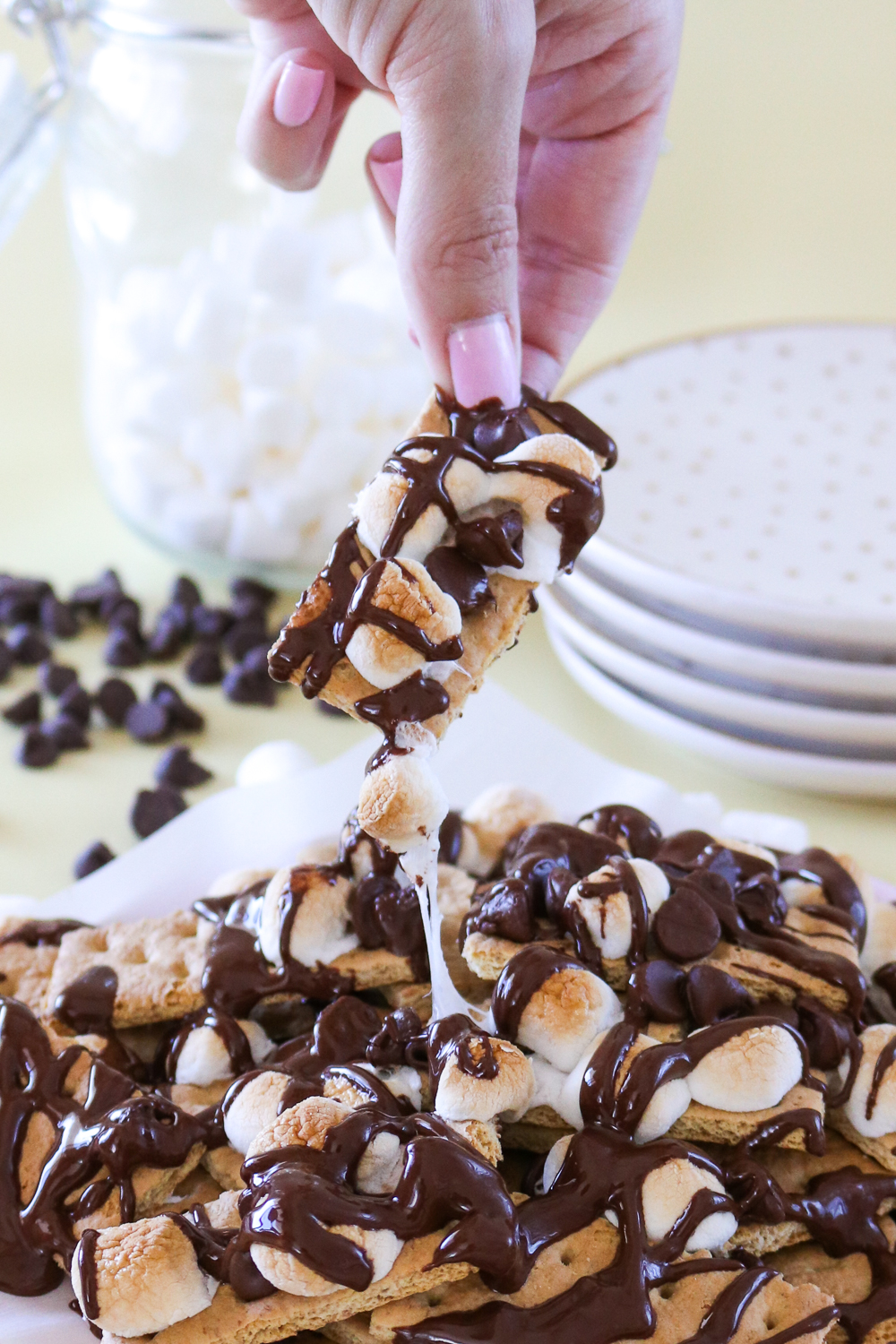 I hope you like chocolate because these have no shortage. Andrew also pointed out to me that marshmallow fluff would make a good sticky topping, but I chose mini marshmallows so that I could toast them like a s’more. If you try it with marshmallow fluff, let me know how it goes!

However you make them, s’mores nachos are pretty darn yummy. Enjoy! 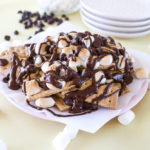