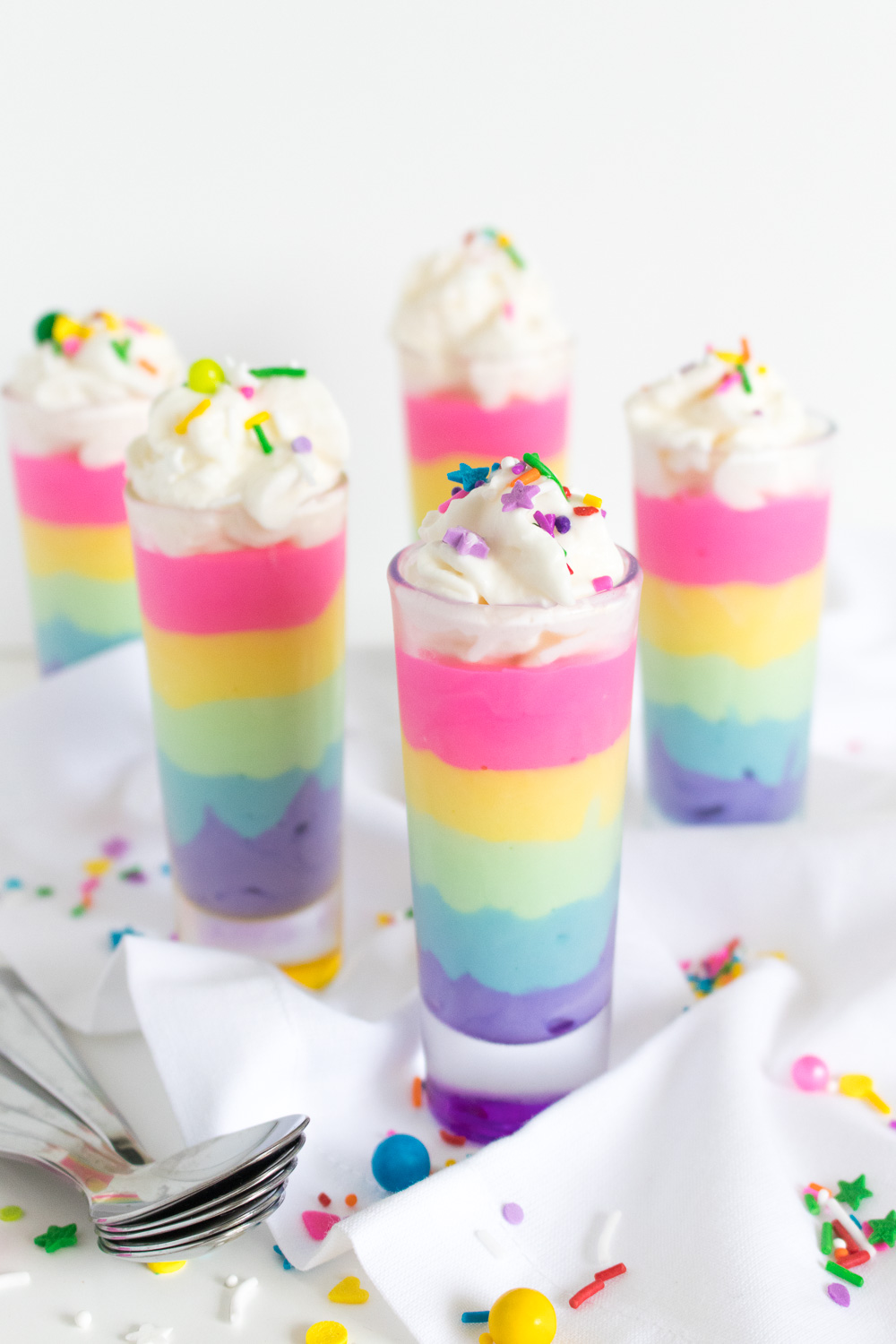 It’s getting harder and harder to come up with unique ideas. Half the time, I come up with an idea I’m excited about only to find out that it’s been done a hundred times before. Not this time, folks! One of the first questions I ask myself when vetting a recipe idea for the blog is “how can I make this look like a rainbow?” Yes, welcome to the real-life behind the scenes of being a blogger. It’s not as glamorous as it looks! I bought the cutest rainbow shot glass set from Amazon recently, and I wanted to use them to make dessert shooters because HOW FUN DOES THAT SOUND?!

After some brainstorming, I thought mousse would be perfect for a dessert shooter recipe, and I was even more excited when I thought I could make rainbow mousse shooters! A lot of times, my ideas don’t pan out, so I’m really happy that these cute little desserts came out perfectly. Plus, this is the simplest way you could possibly make mousse because you know how I like to keep things simple around here. 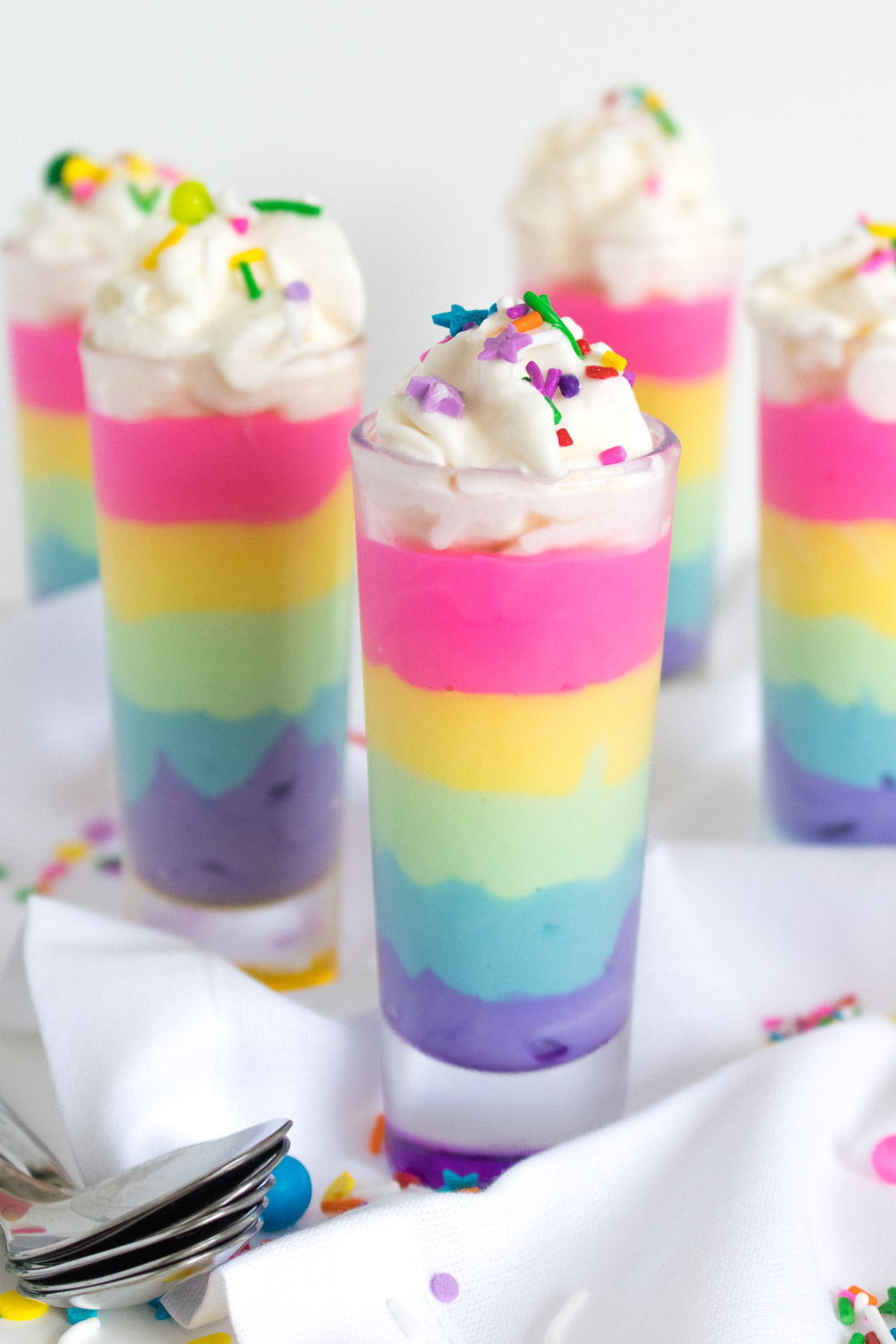 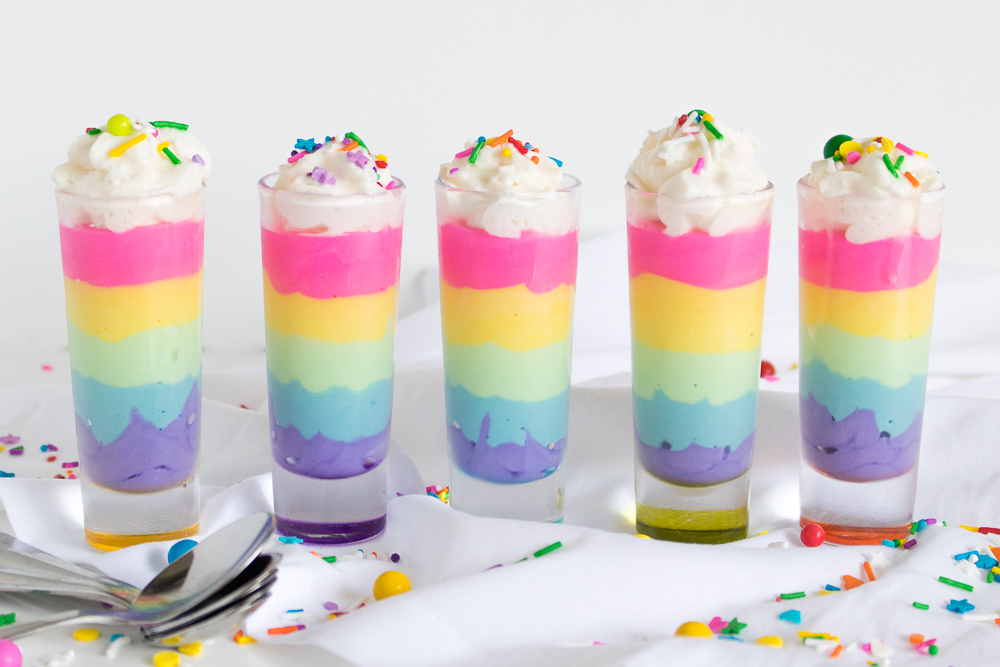 Traditional mousse involves cooking egg yolks. It’s more complicated than I was willing to tackle (though I have made homemade pudding that way before, and it’s delicious), so I went the easy route. I melted white chocolate, mixed in hot cream, cooled it and then folded in whipped cream. As it sets in the fridge, the mixture turns from thin white chocolate to creamy mousse, similar to the consistency of pudding. Topped with a tiny bit of whipped cream, or in other cases fresh fruit, this white chocolate mousse will definitely satisfy your sweet tooth without overdoing it. 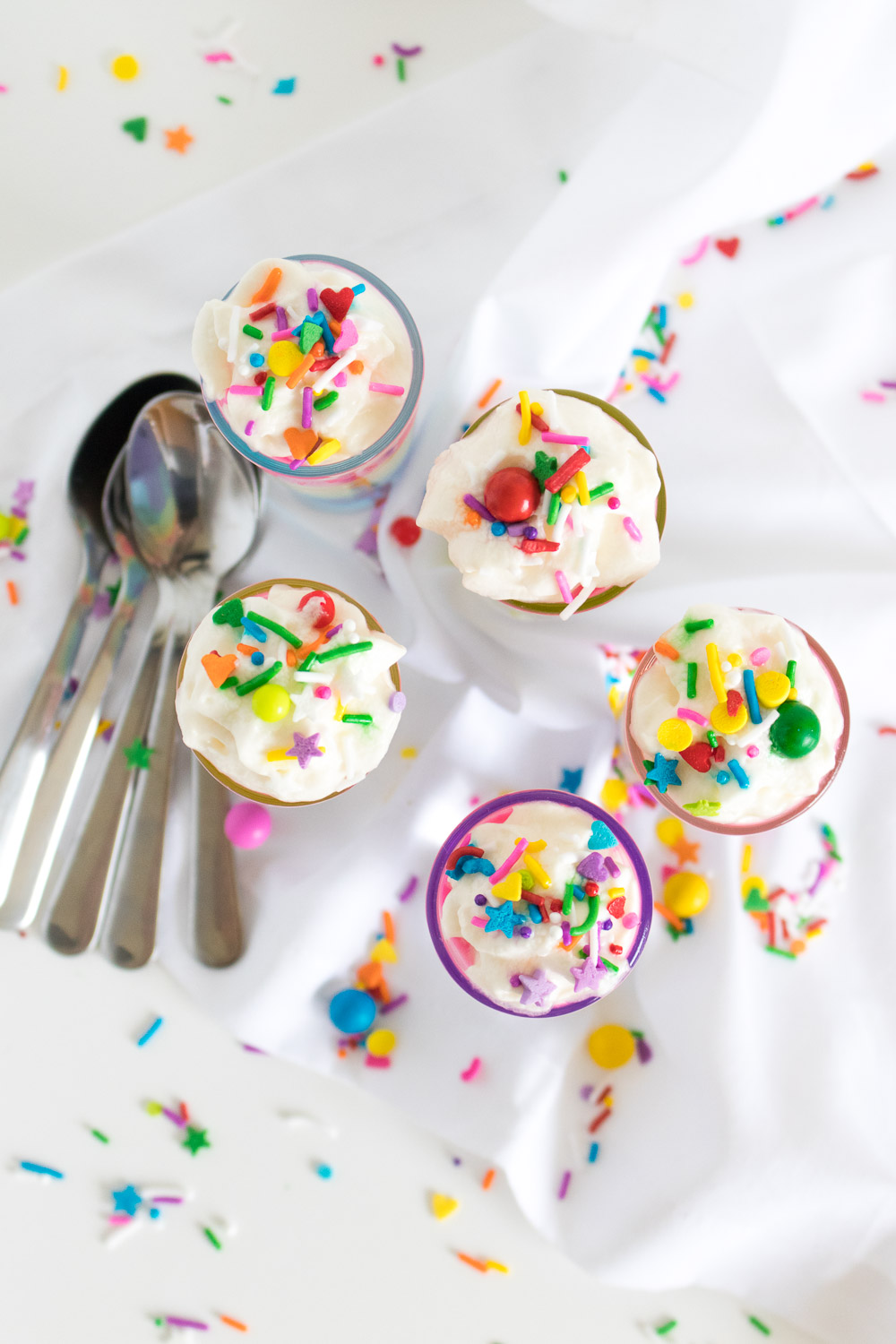 Here’s how I achieved this rainbow shooters look!

Step 2: Add one color to each bowl and mix well. Use several drops of coloring to achieve darker, brighter colors. Then move to the fridge for at least one hour before piping into containers.

Step 3: Remove the set mousse from the fridge and transfer each color to its own pastry bag or ziplock bag. Cut off the tip of the bags and carefully pipe sections of one color at a time into tall shot glasses or similar containers. Lightly tap the containers after each color to settle the layer before continuing with the next.

Step 4: If desired, leave a little room at the top of the glasses for a small dollop of whipped cream – the cloud at the end of the rainbow, you might say. Top with colorful sprinkles and chill until firm and ready to serve.

Be sure to keep the shooters chilled until you’re ready to serve them in order for the mousse to stay firm. Serve with mini spoons, and I’m sure you’re going to love them! I would love to serve these as a cute little dessert for a party. 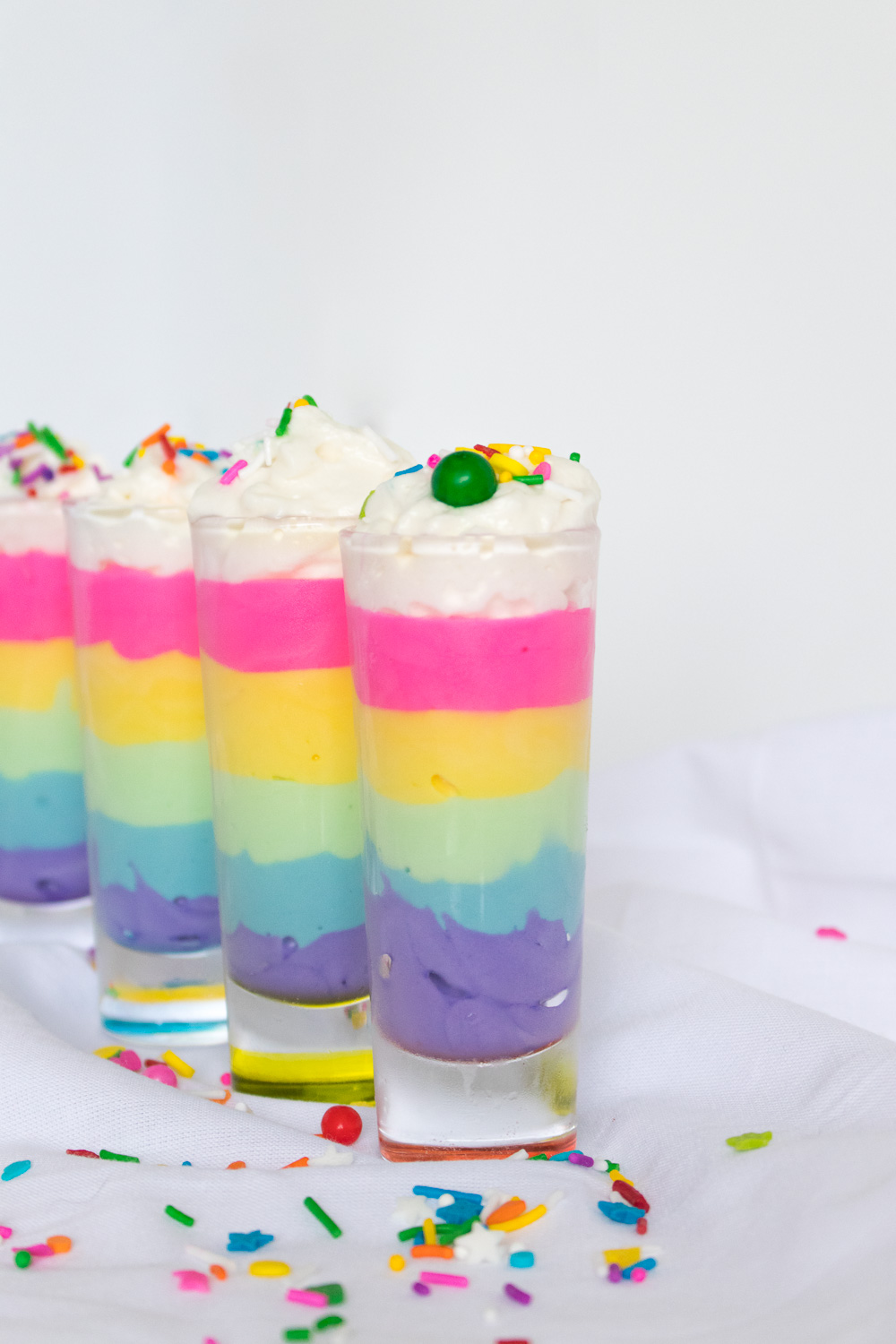 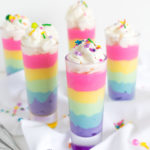