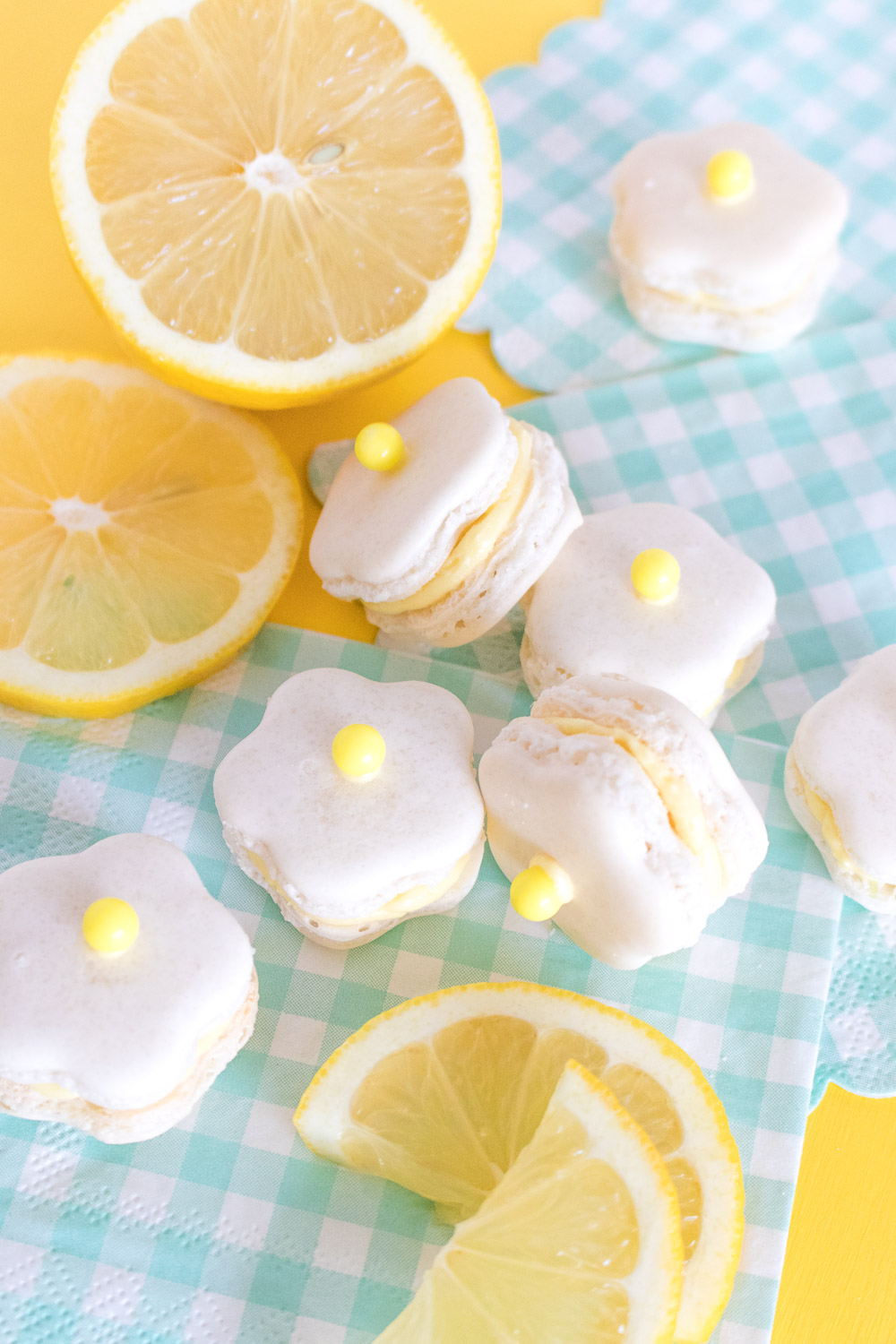 I feel incredibly proud of myself, you guys. If you’ve been following my Great British Baking Show addiction, you know I’ve been practicing my baking A LOT and it’s truly paying off. After many sad attempts, I made a delicious and pretty batch of lemon daisy macarons!! This feels like quite the triumph for me after failing so many times. These daisy shaped lemon macarons are filled with a bit of vanilla buttercream and a punch of homemade lemon curd. As much as I loved the macarons, I think the lemon curd was my favorite! I ended up eating half the batch of macarons the first day in place of lunch – oops! – and it was absolutely worth it. 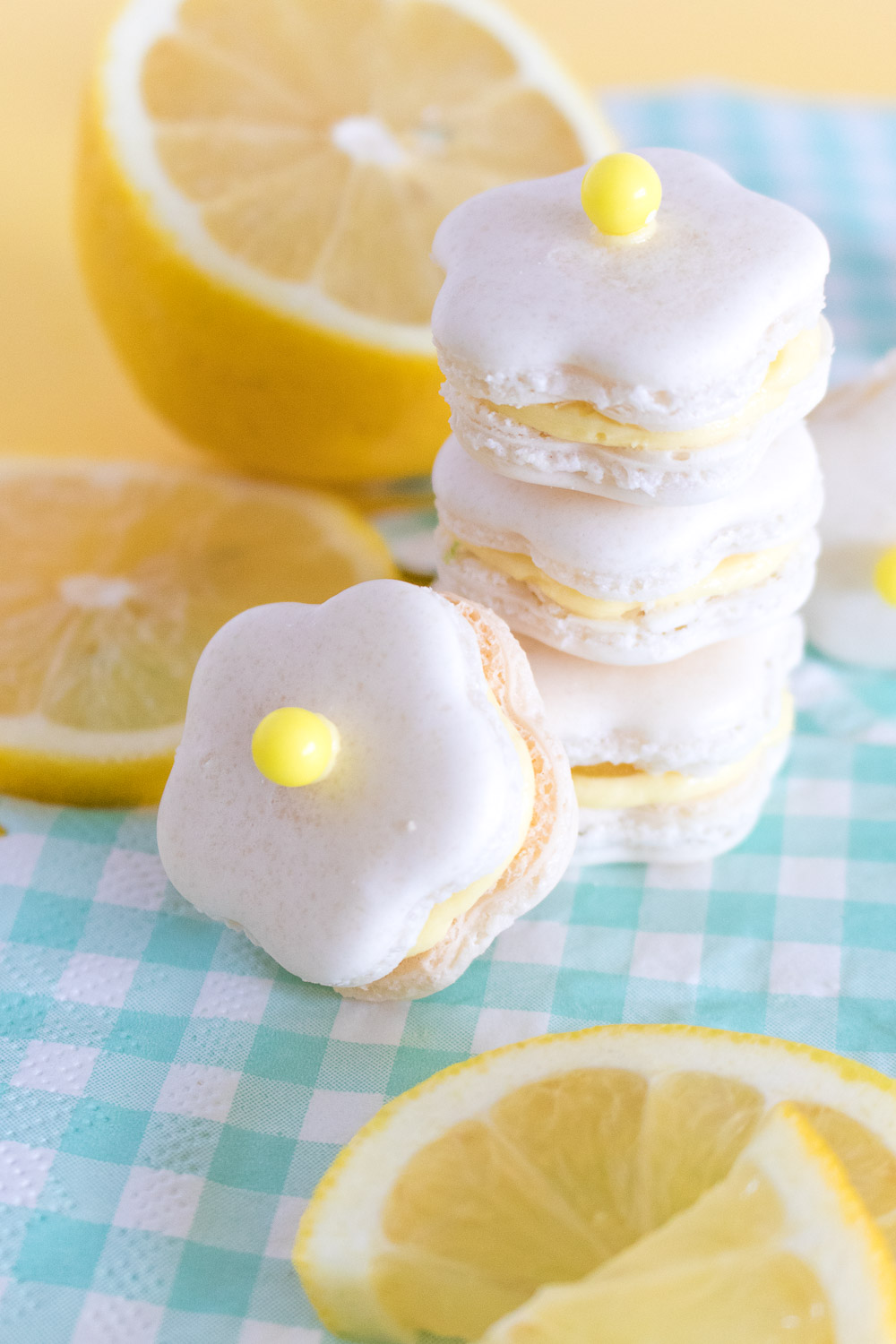 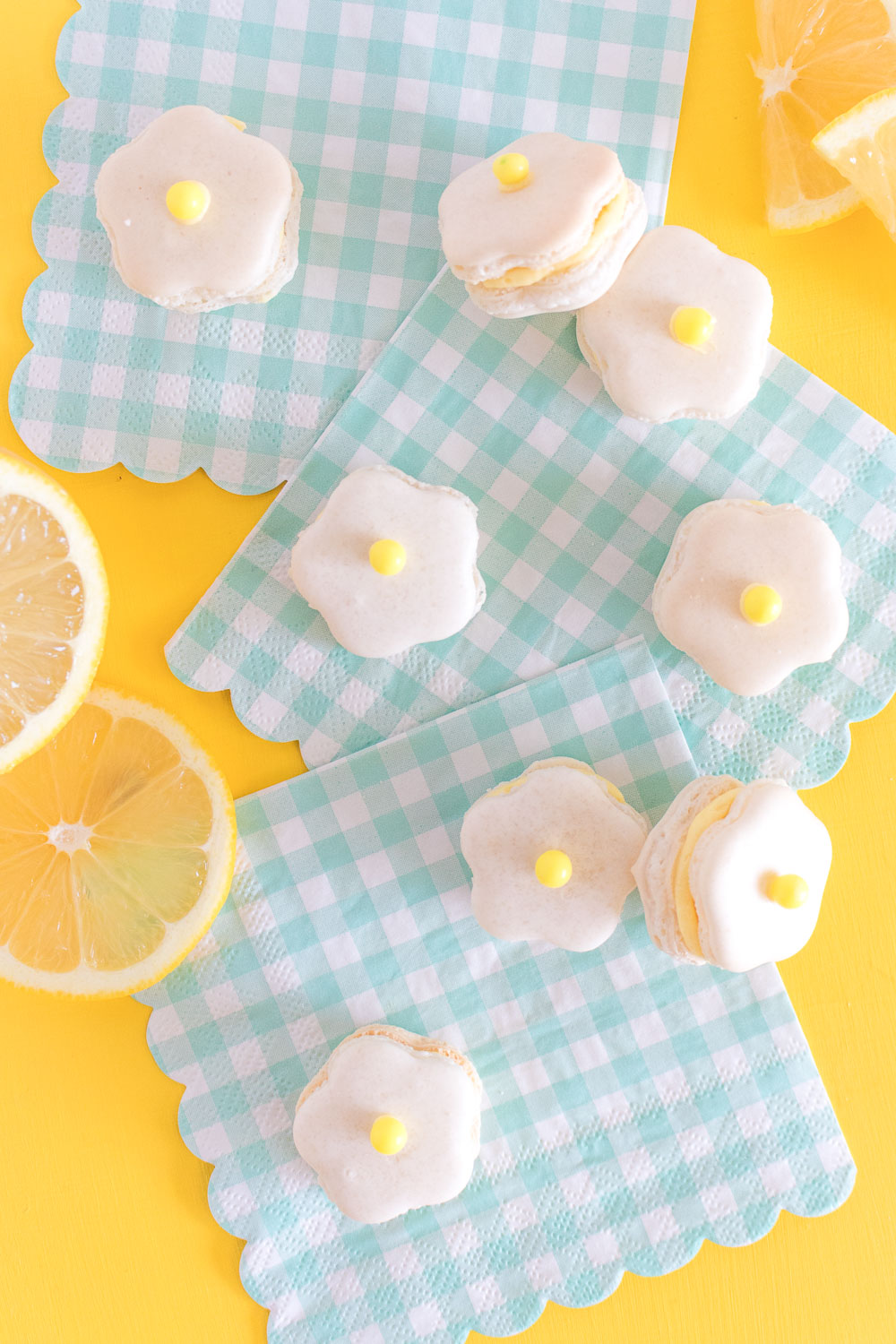 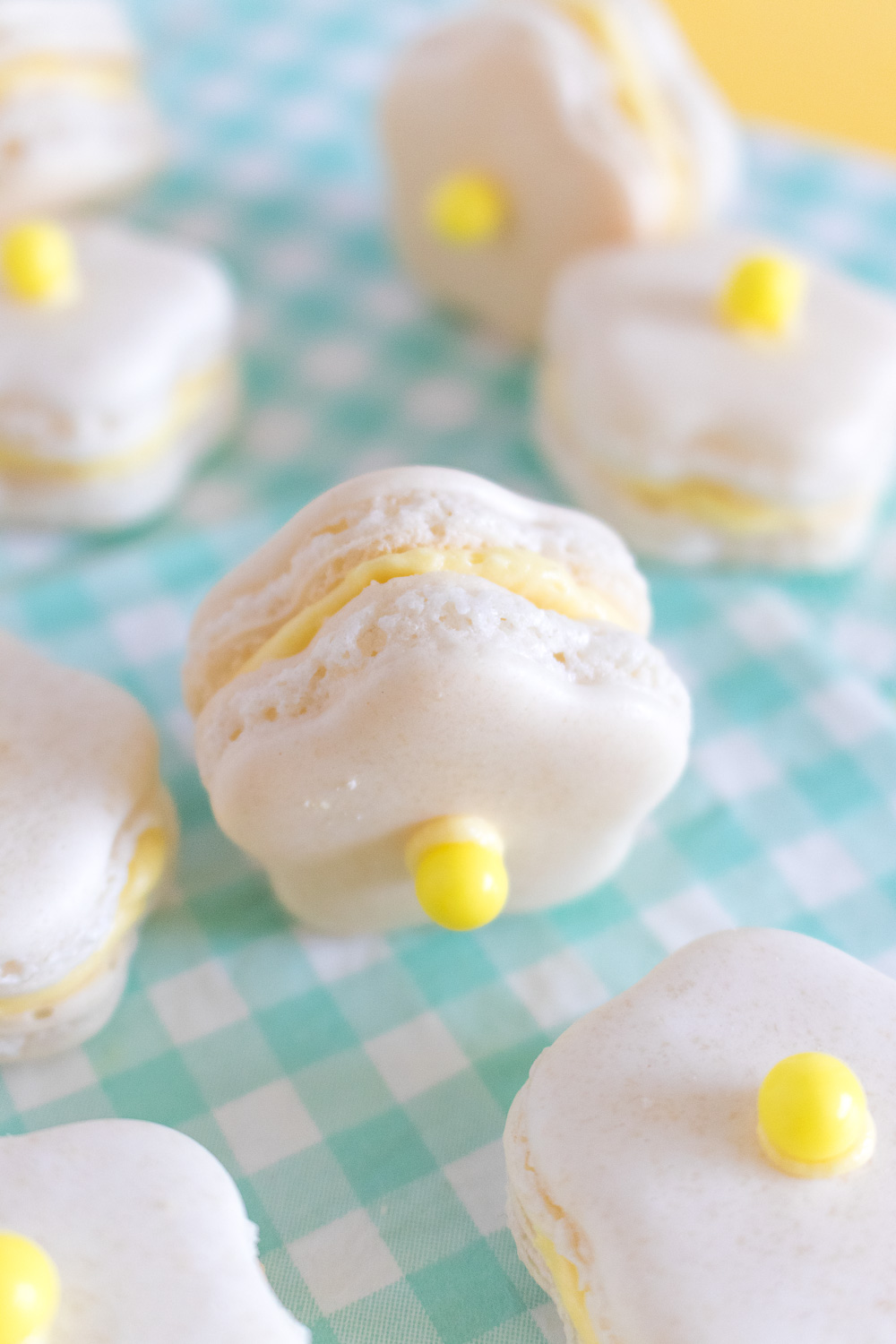 To me, lemon is one of those flavors that screams summer. I know it’s not quite summer yet, but it feels like it in SoCal right now. I wouldn’t mind sitting by the pool with a glass of rose and a few of these daisy macarons. Lemon is such a spring/summer flavor, and flowers obviously make me think of spring, so I was thrilled to find this flower-shaped macaron mat for making perfectly sized macaron shells that I turned into “daisies” with white macaron batter and a yellow sprinkle in the middle.

Scroll down for the full recipe card! 👇🏼 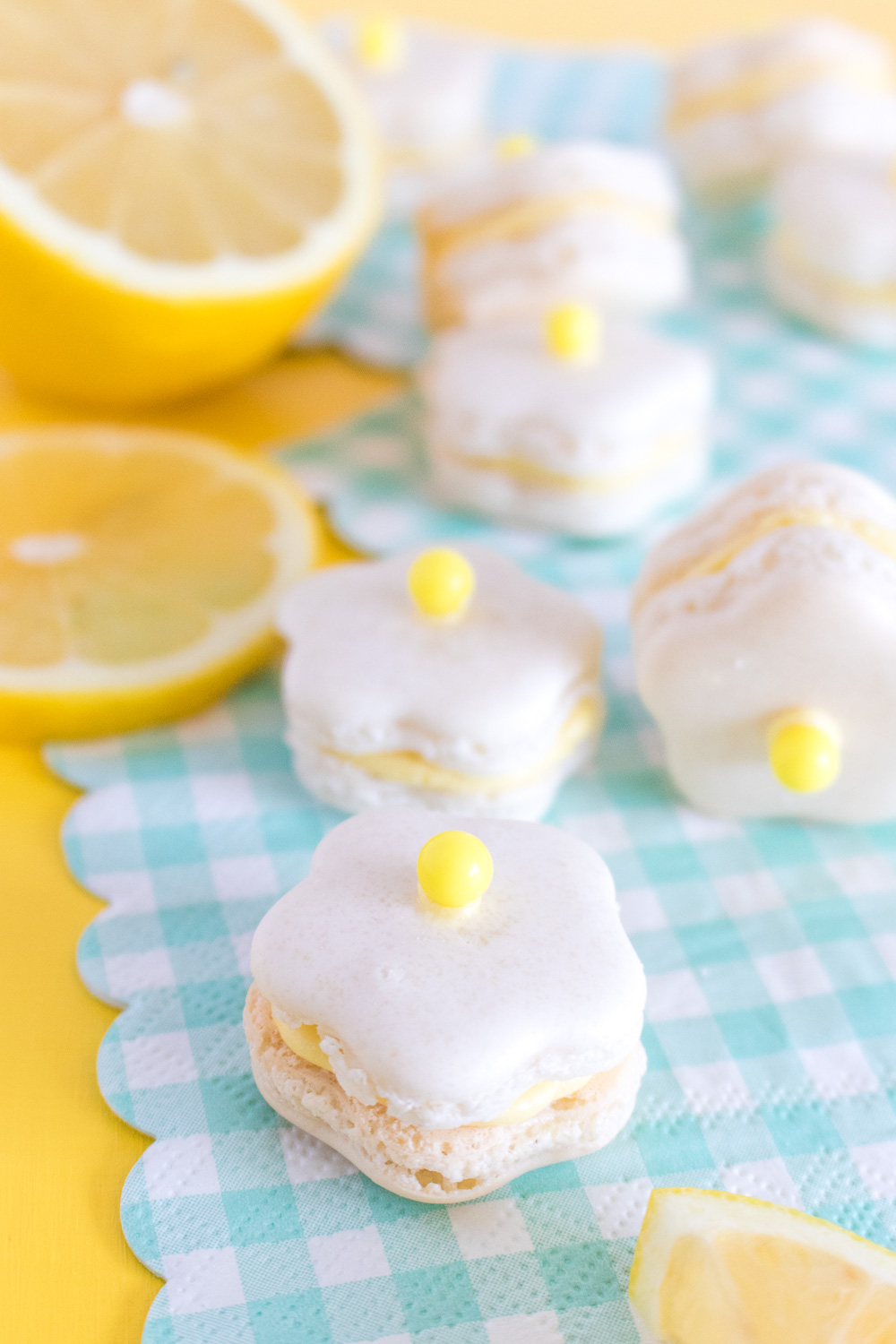 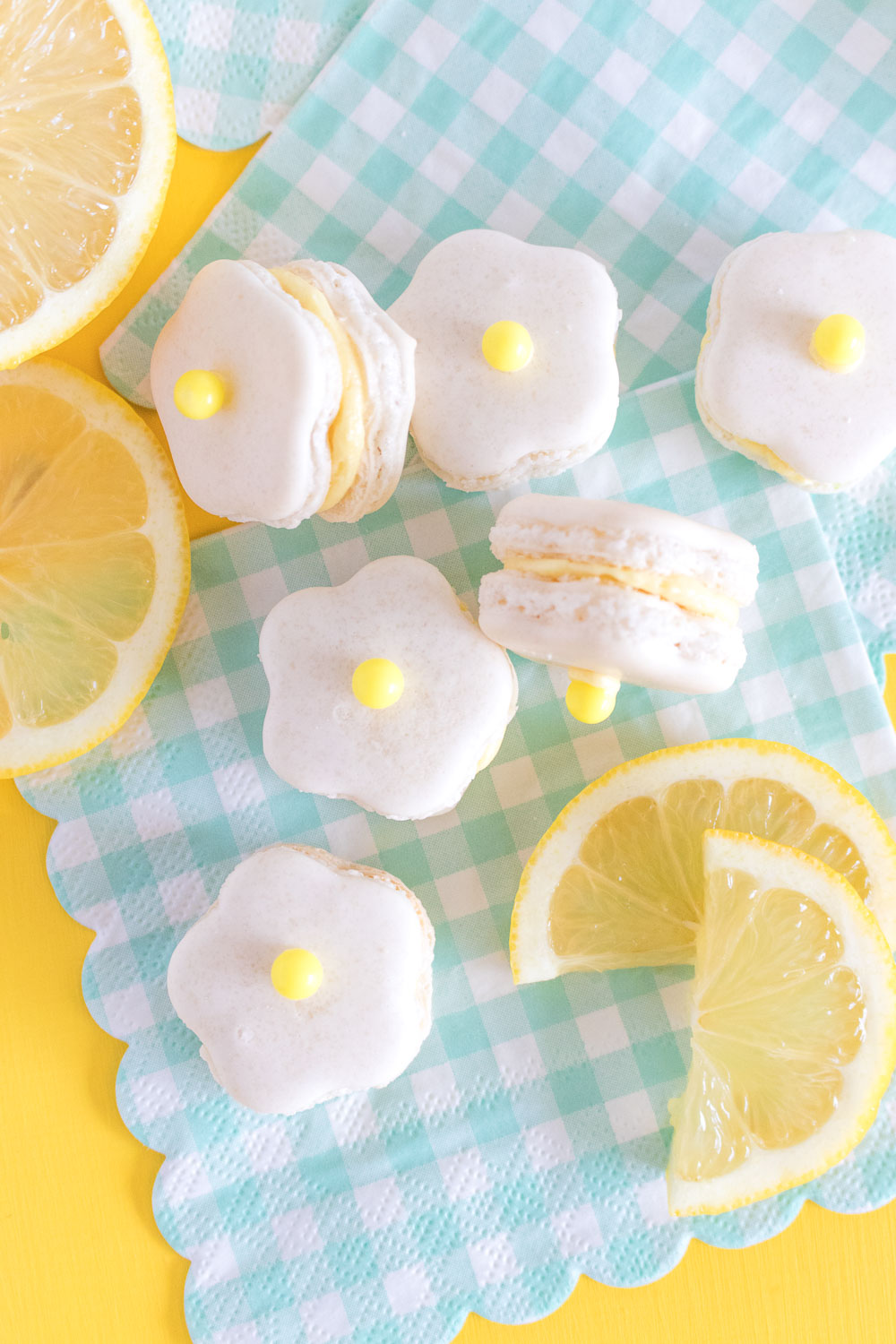 I tried this exact macaron recipe three times before I got it right. I’ve tried many others over the years with little luck, so I kept it simple and kept telling myself that if I can get the vanilla macaron recipe figured out, I’d move on to more flavors. And I did it, so I’m excited to branch out a bit more next time! Here’s what I’ve learned that I think will help you if you’re new to making macarons:

Are you ready to get out there and making some lemony macarons?! I believe in you. As my dad always said, “practice, practice practice.” I know, it drove me crazy when he told me that as a teenager, but it’s the truth! 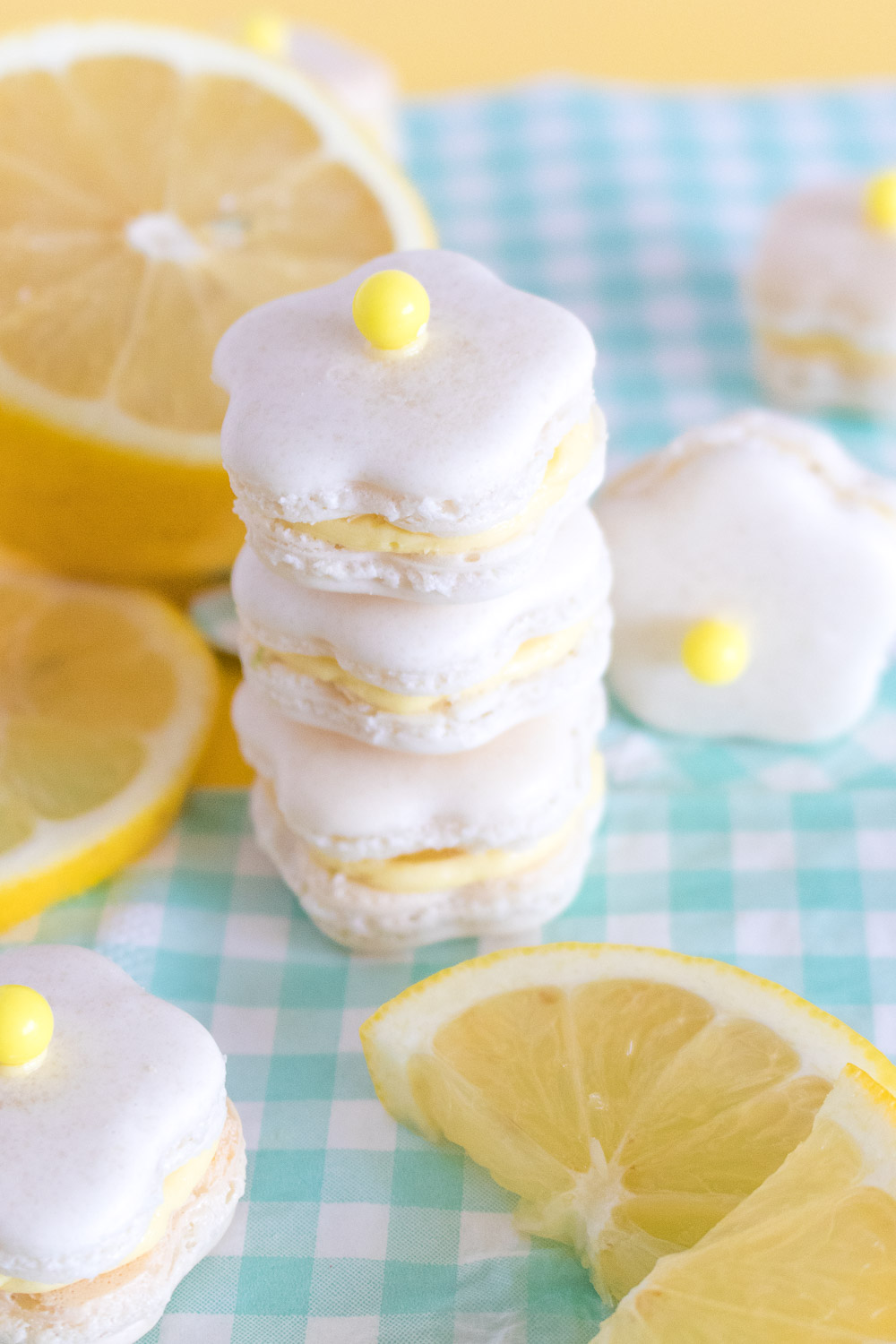 How to Make and Store Homemade Cake Mixes