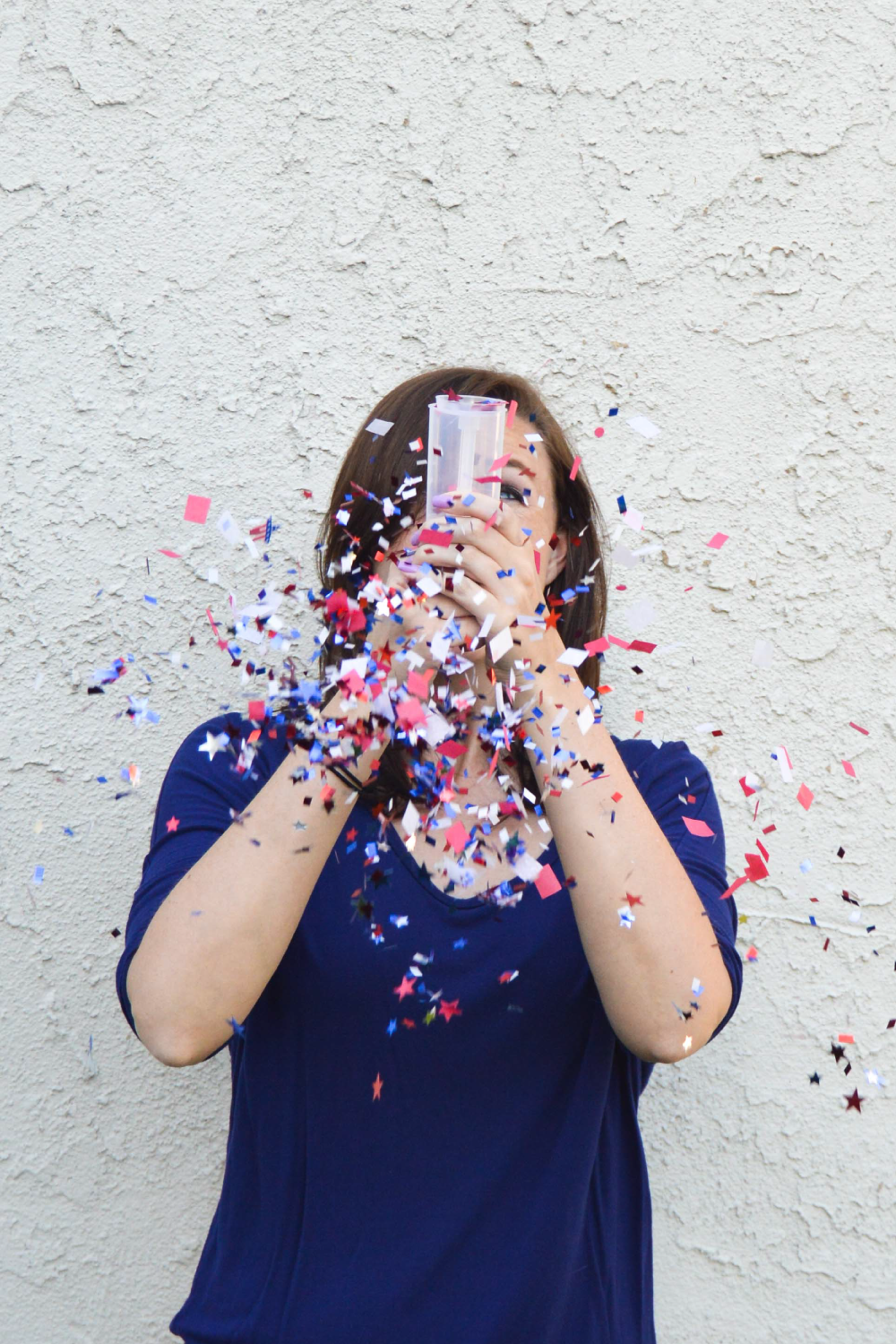 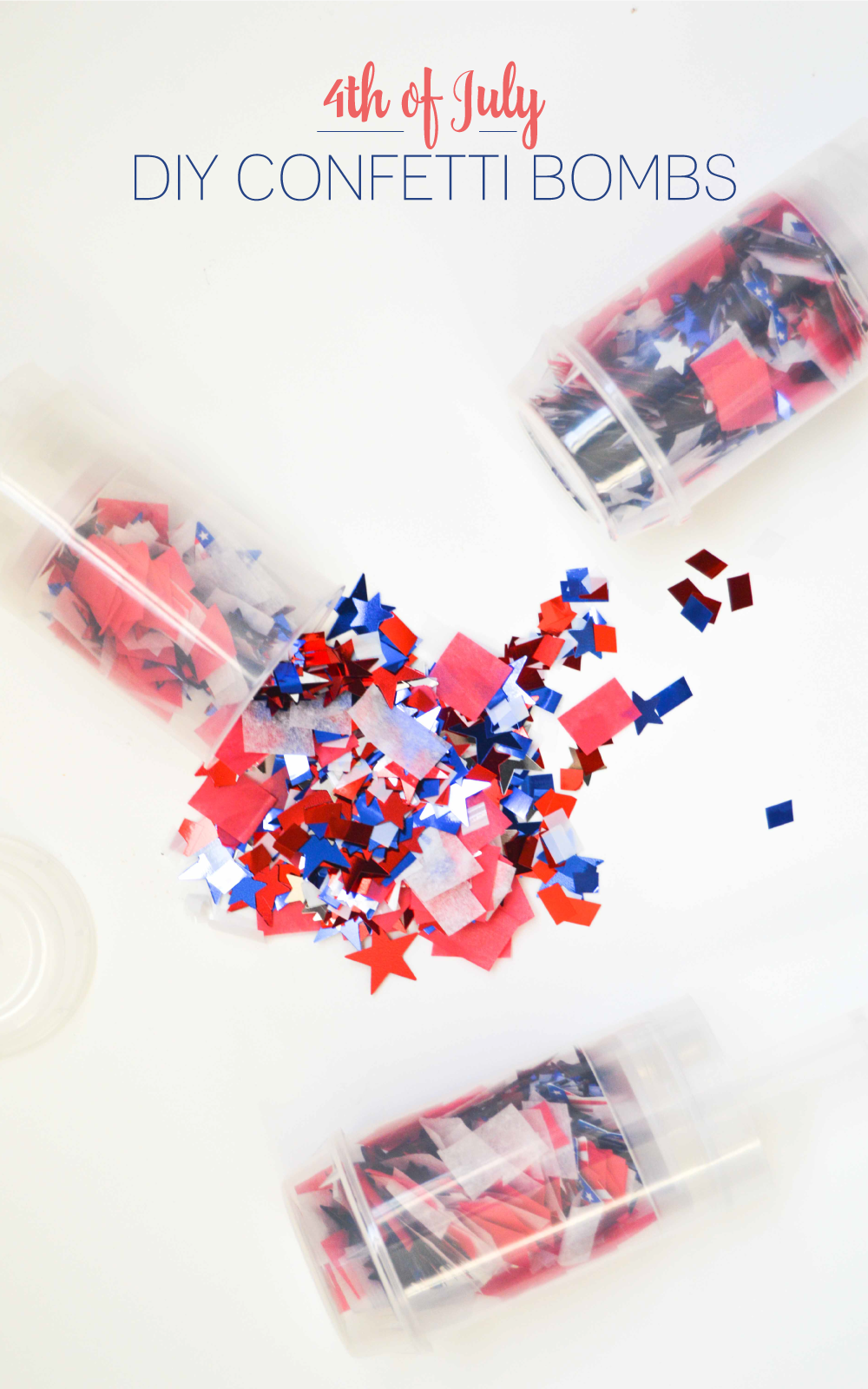 Other than Christmas, 4th of July is my FAVORITE holiday. It encompasses a few of my favorite things – fireworks, barbecues and ‘Merica! So every year, I really look forward to the 4th of July just for the sake of food and fireworks and beachy summer parties. This year, I think we’ll be watching a parade down by the beach and I can’t wait. One really fun way to celebrate is by making your own DIY confetti bombs! They’re so fun to celebrate with and make a huge mess, and they’re perfect for releasing when the fireworks start going off.

Confetti bombs are super easy to make because you can really add whatever you want to them and then reuse the plastic push pieces over and over again. Technically, they’re made for desserts, which I do use them for, but they are also the perfect tool for making your own little confetti “fireworks” with whatever you can make confetti out of.

Let’s start by talking about what you can use to make a confetti bomb because the possibilities are endless! Personally, I like to use a mix of pre-made confetti, cut up tissue paper, cut up shiny garland pieces, glitter etc. Party stores and craft stores have a variety of options you can use to mix and match to make different kinds of confetti. 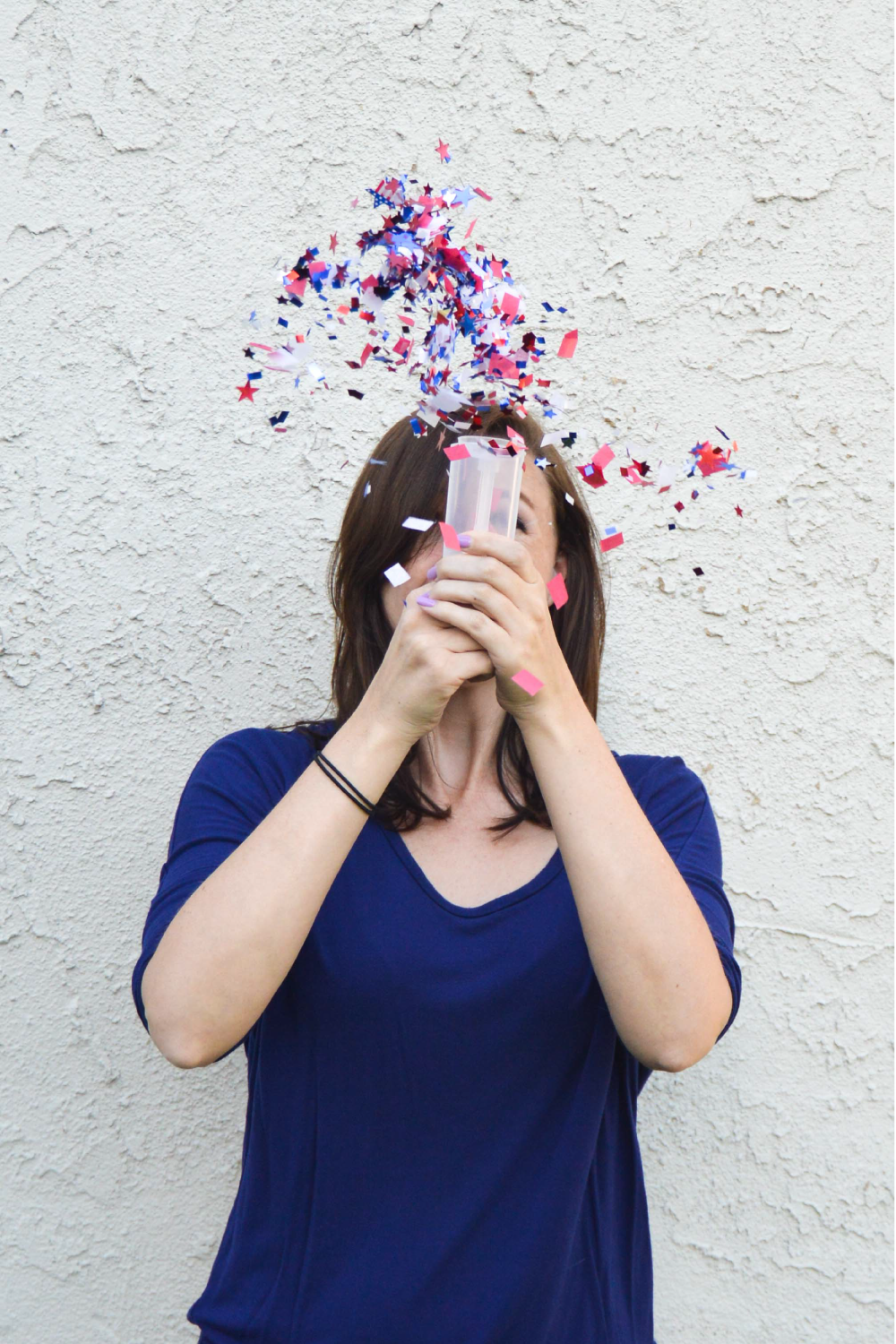 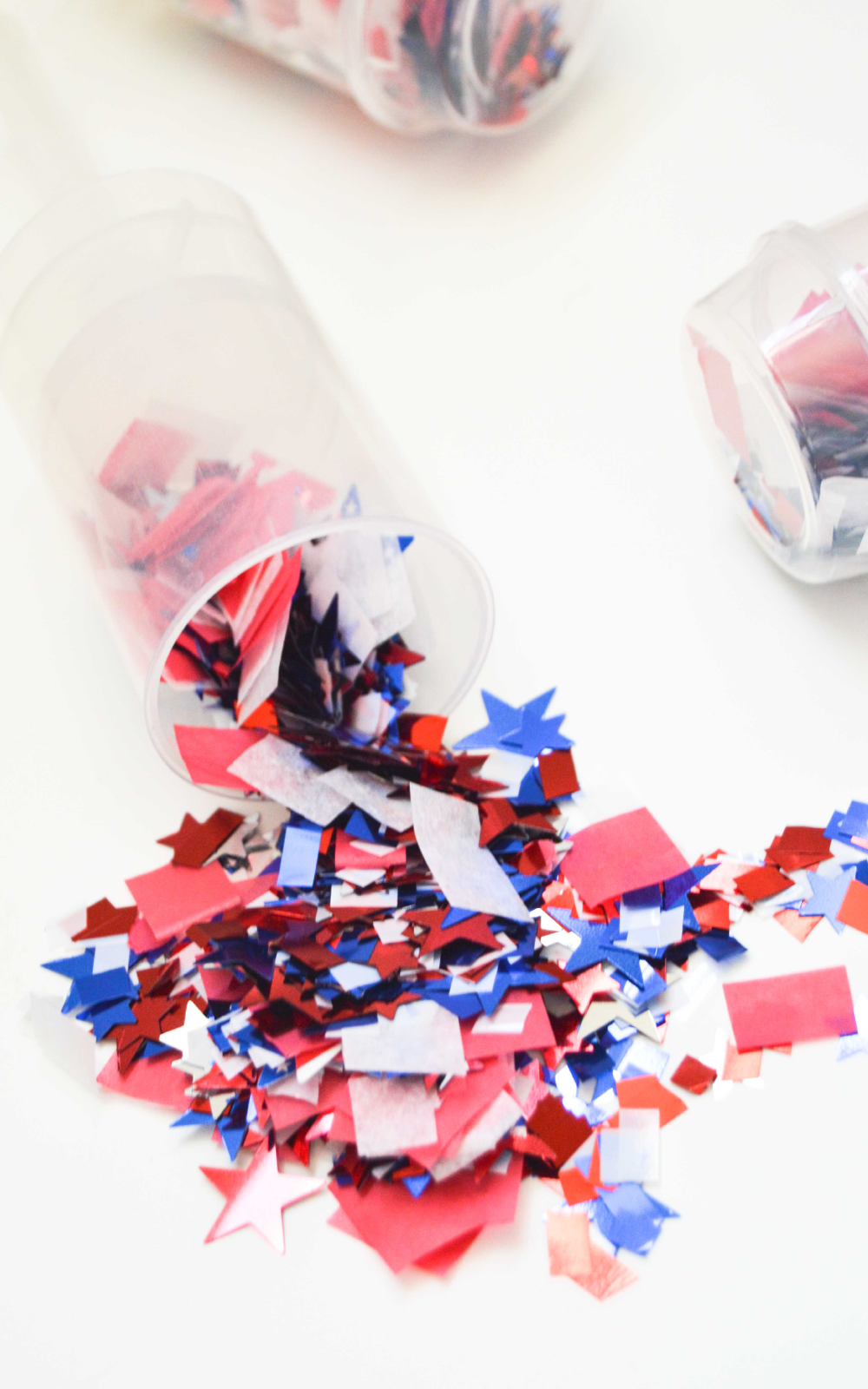 They’re super fun to make and to use – but good luck with the cleanup!

What are YOU doing for 4th of July? Share in the comments!

How to Make your Own Recipe Book