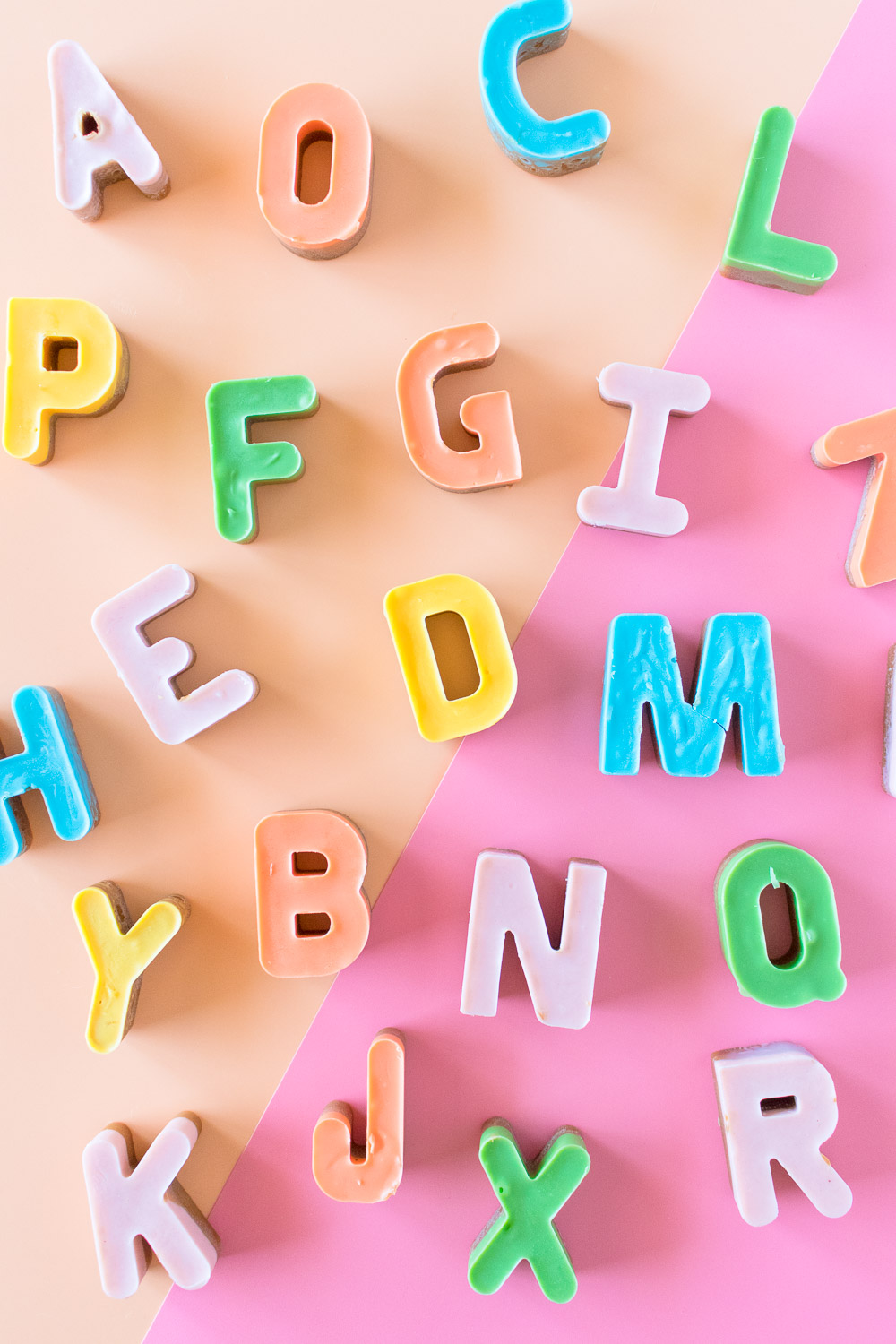 Call me the toffee queen! If there’s one thing I make better than anything else, it’s probably toffee (followed closely by chocolate cake ?). I’ve developed a foolproof toffee recipe, and this time, I thought I’d use it to make this fun, colorful alphabet toffee perfect for gifting and spelling out words. For the record, I’m an advocate for playing with your food! That’s part of the fun of baking and candy making, in my opinion. Topped with colorful chocolate, they’re perfectly bite-sized. 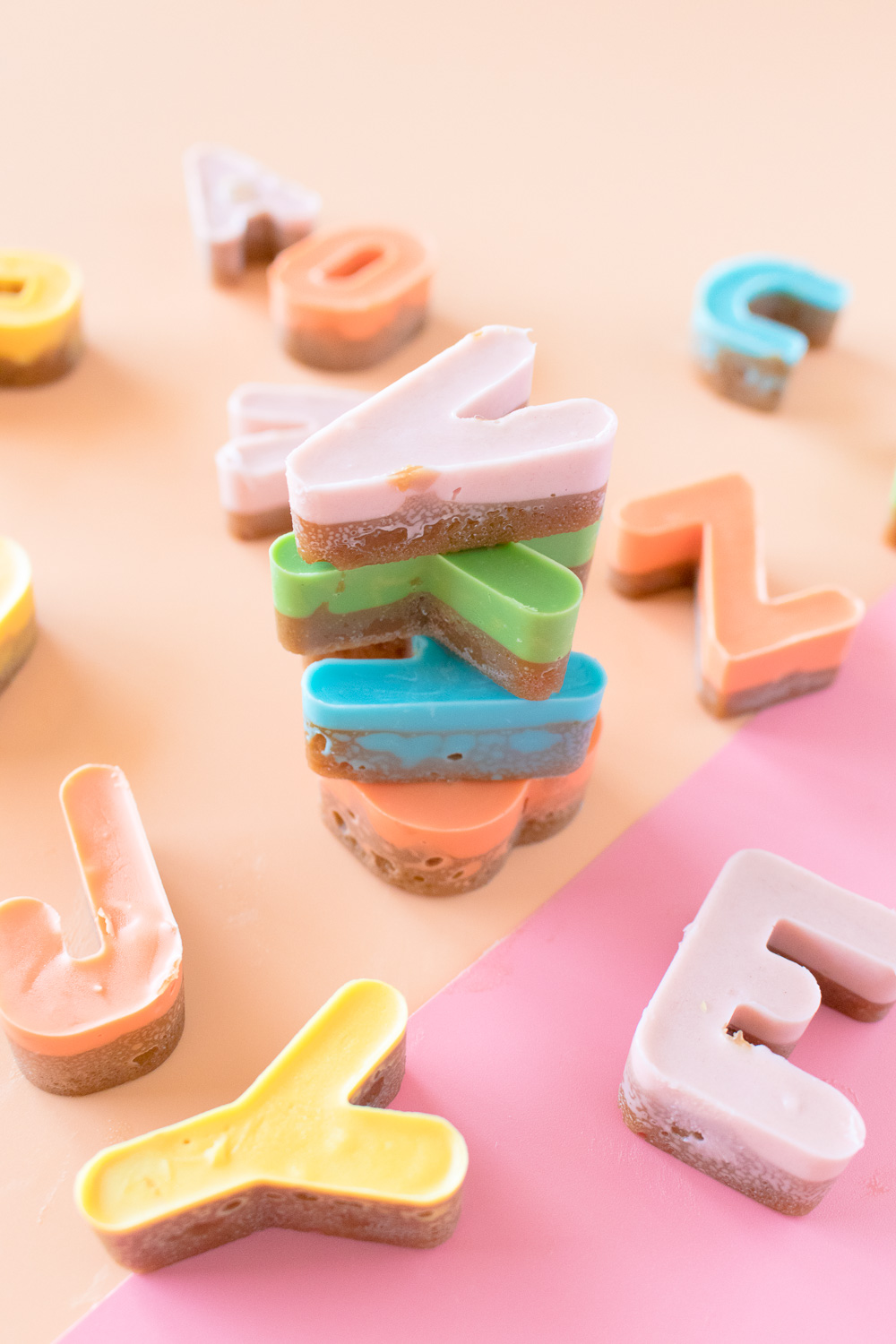 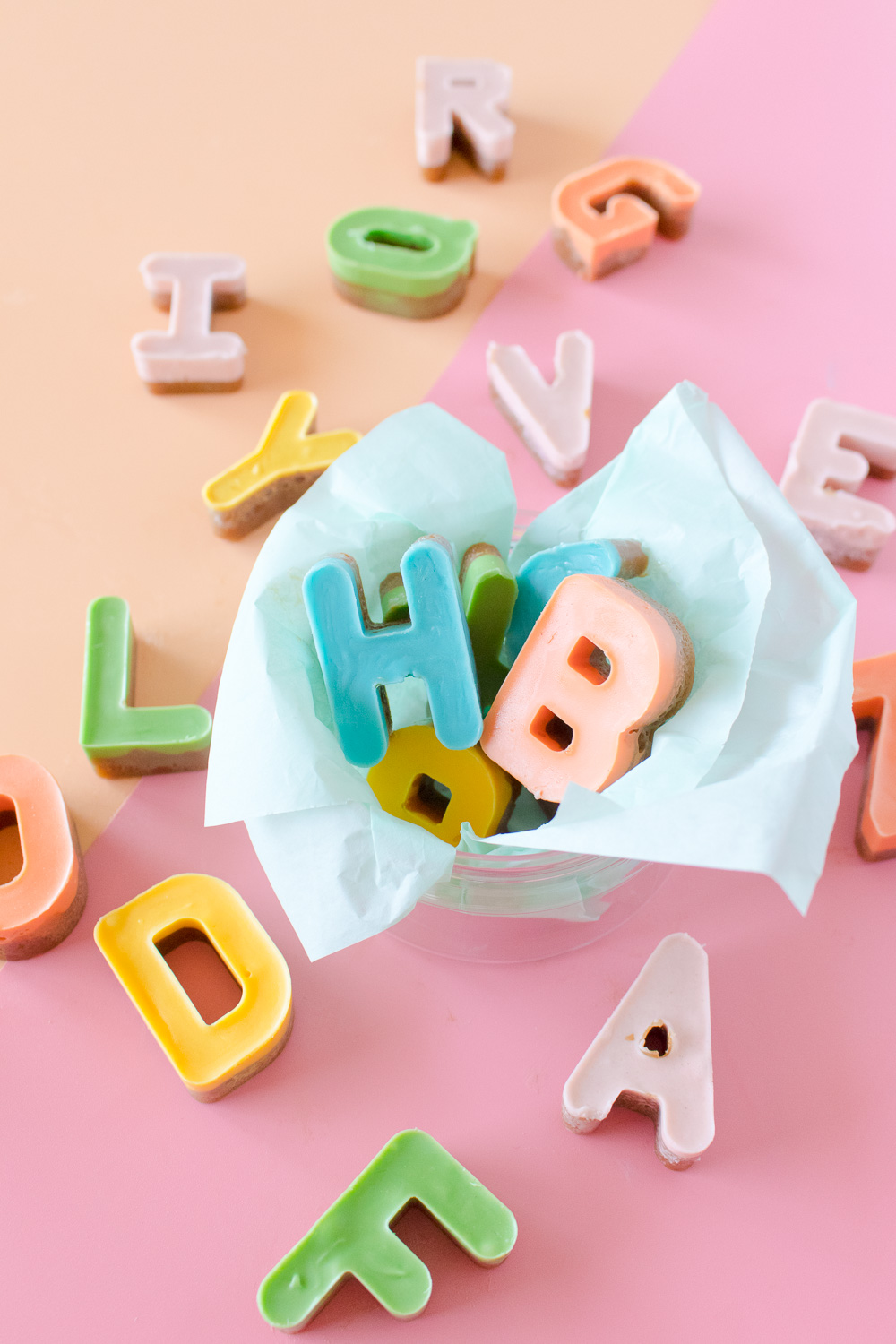 I use a silicone alphabet mold that’s about 2 inches tall and it worked perfectly for making a set of letters out of toffee and chocolate. Personally, I think making the toffee is the easy part. Distributing the toffee into the molds is a little more difficult because you need to be careful not to burn yourself. Trust me, I’ve been there! 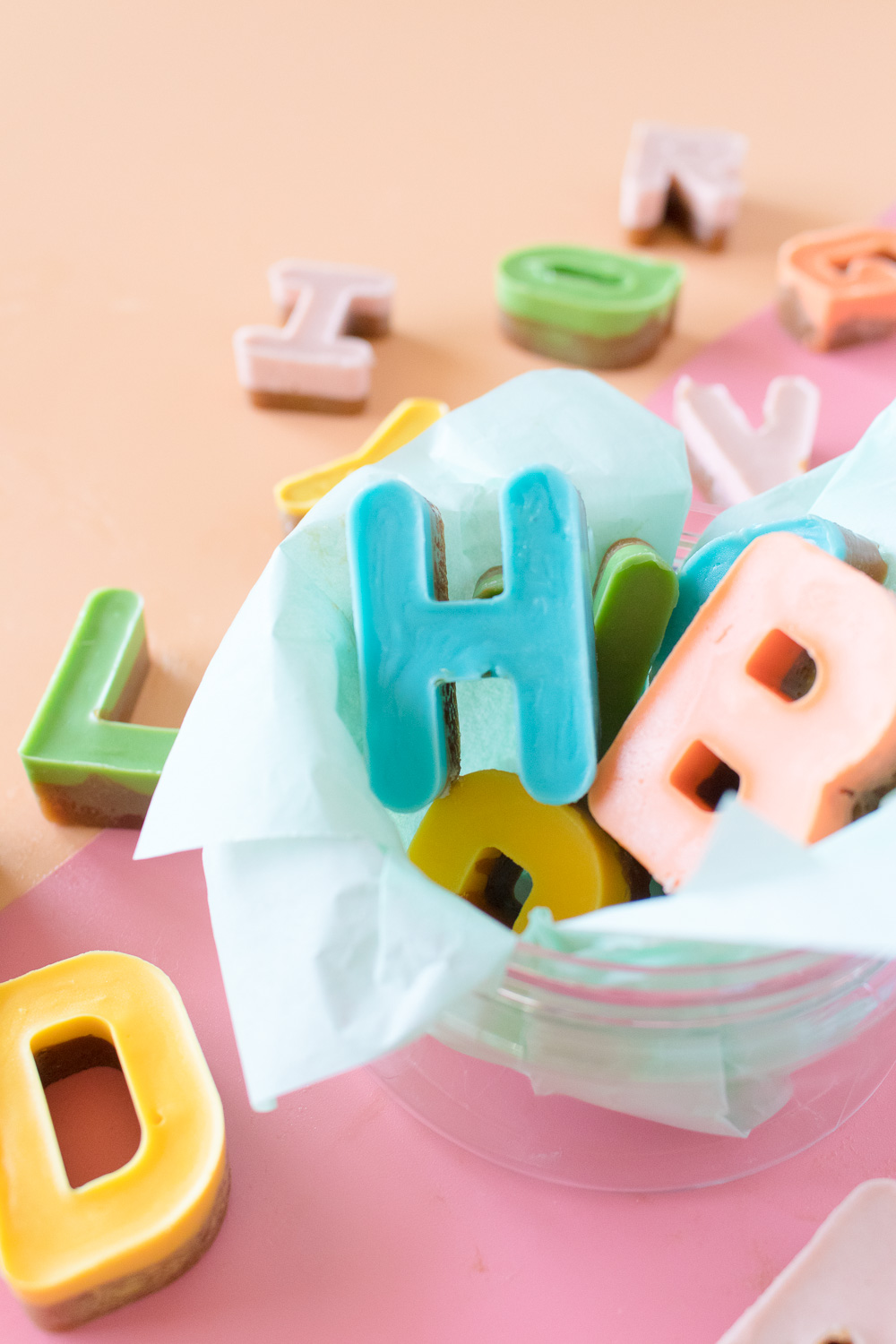 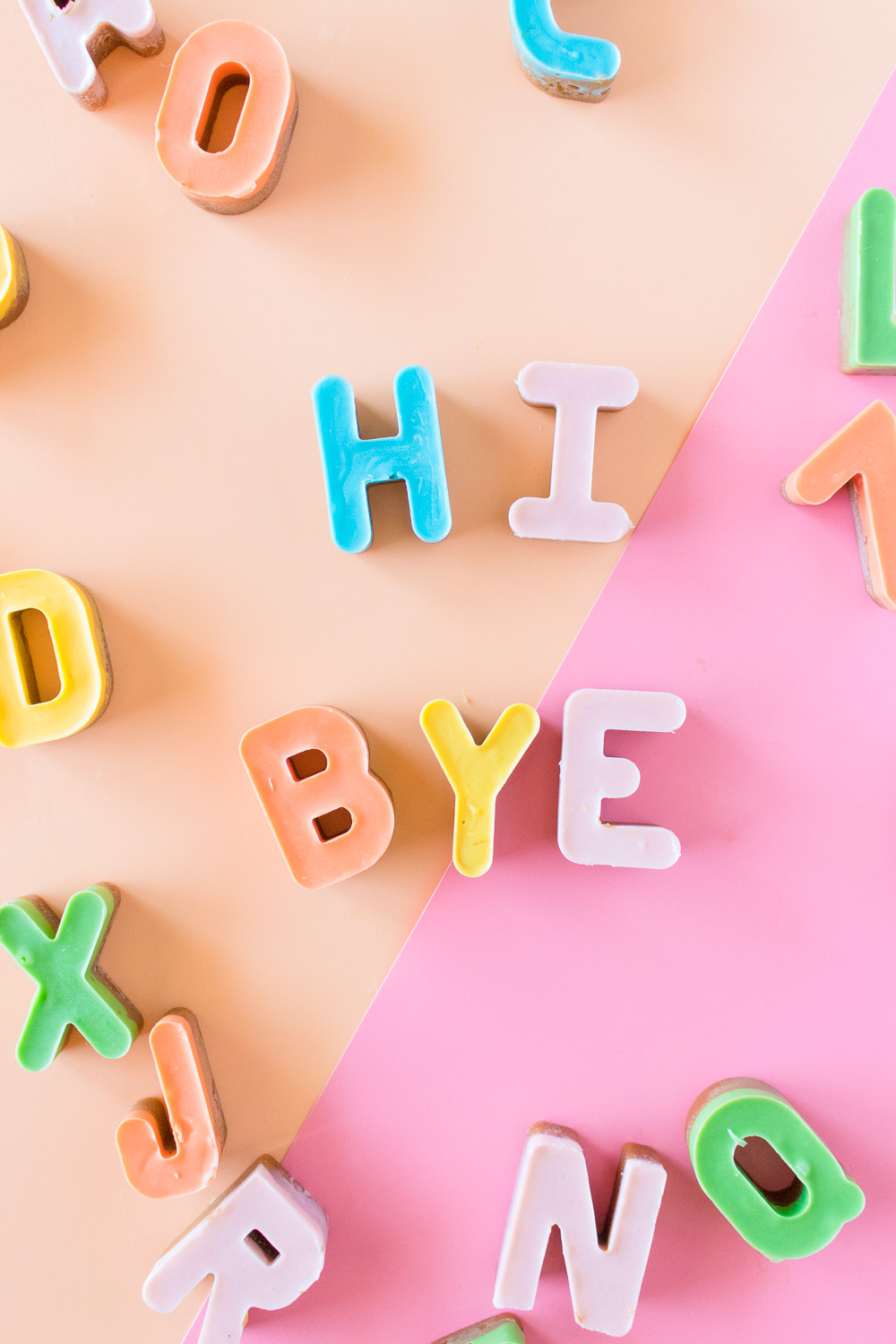 I used five different colors of candy melts/dyed white chocolate and placed each in a plastic bag, clipping the tips and piping it on top of the hot toffee. See the full tutorial below with the recipe. The best thing you can do to ensure the alphabet toffee candies come out properly is work quickly and tap the mold on your countertop once the chocolate is piped in because it ensures a smooth top and less air bubbles.

Even though it seems a little early to be planning for the holidays, I like to think it’s never too early. In fact, I’ve already purchased at least three Christmas gifts, ha! No matter the occasion, you can make toffee in the letters of someone’s name or some other saying and package them up in a cute container. What says heartfelt better than homemade candy?!

Not only are they cute and colorful, but they taste delicious too! I spent way too much time playing with these letters to make little sayings, and now you can too! 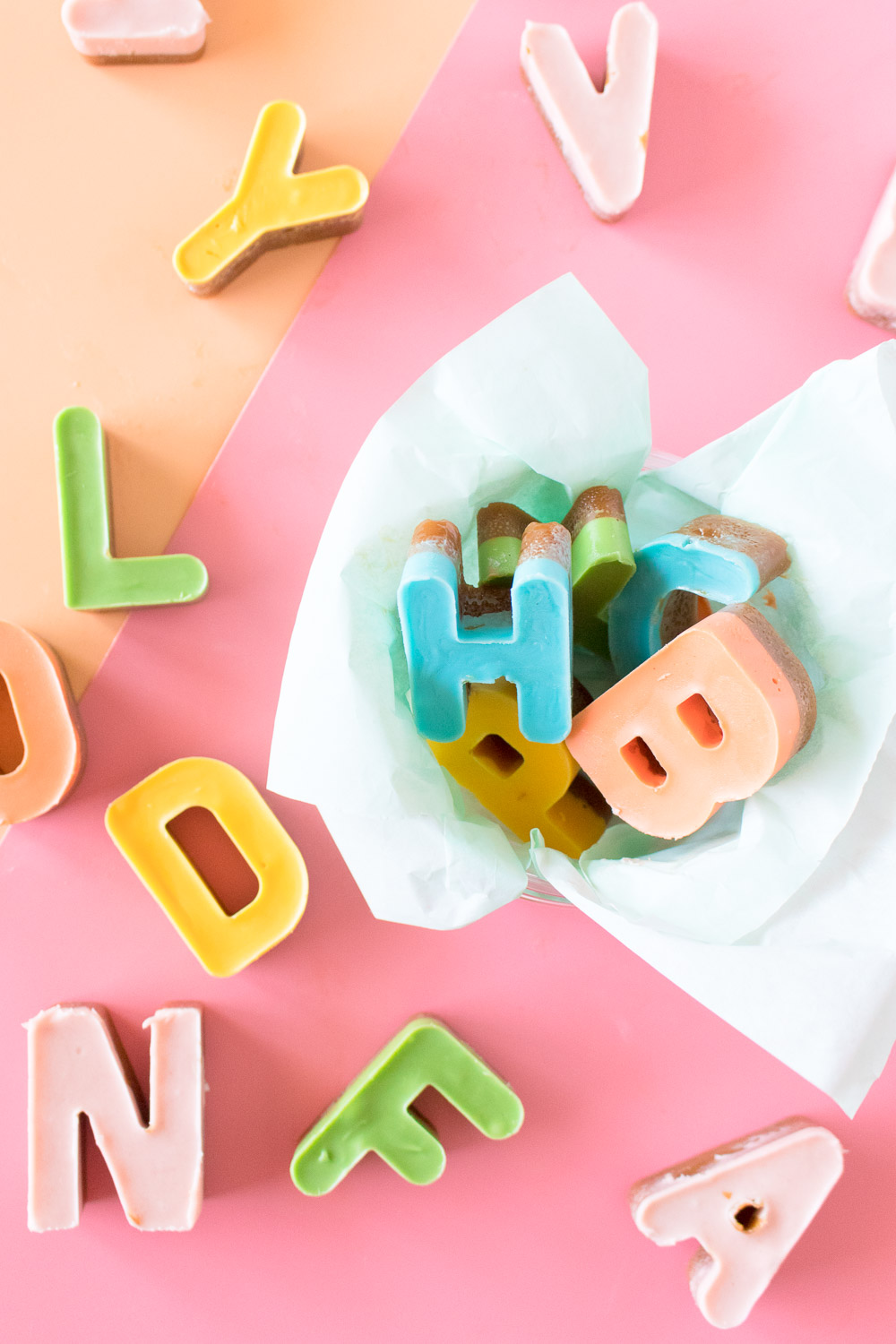 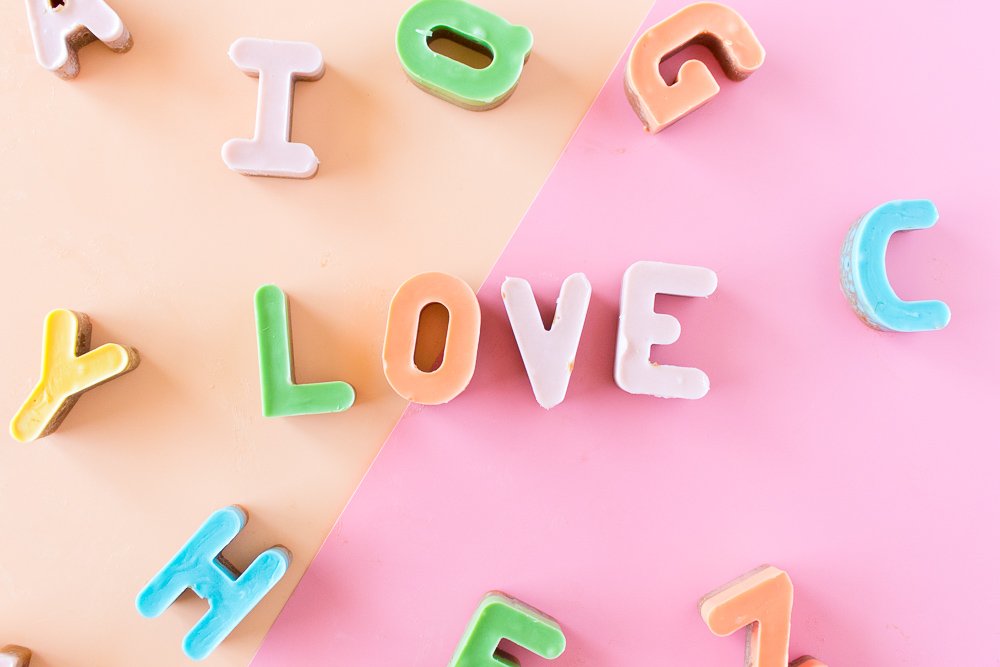